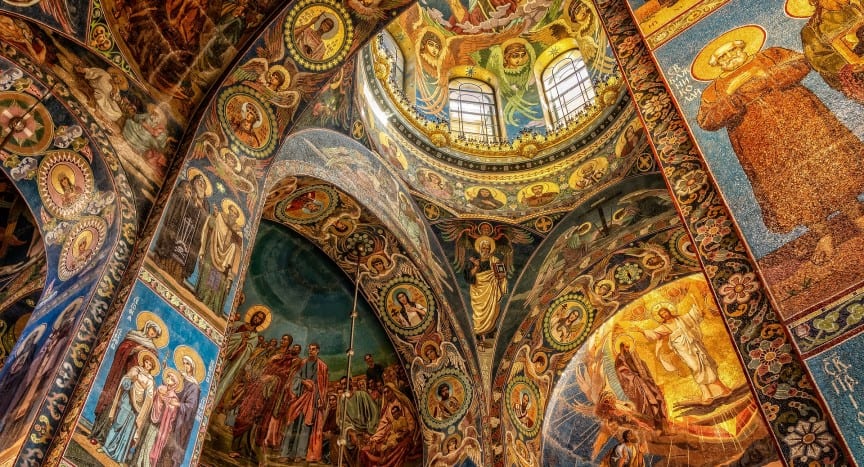 Picture by Peter H from Pixabay

The Great Schism, also known as the East-West Schism, was the break in communion between the Catholic Church and the Eastern Orthodox churches. It was due theological and political differences between the Christian East and West which had developed over the preceding centuries.

Apart from Rome in the West, “many major Churches of the East claim to have been founded by the apostles: Antioch by Peter and Paul, Alexandria by Mark, Constantinople by Andrew, Cyprus by Barnabas, Ethiopia by Matthew, India by Thomas, Edessa in eastern Syria by Thaddeus, Armenia by Bartholomew, Georgia by Simon the Zealot”, according to John Binns, in An Introduction to Christian Orthodox Churches. In the early decades of Christianity, it was primarily an eastern religion, with most of its art, literature and music originating from Syria, Egypt and Mesopotamia. By the 6th century AD, African Christianity (especially Ethiopian) was already many generations ahead. Although the Roman Church claimed authority over the other churches, there are no indications of the recognition of papal supremacy.

Ever since Roman Emperor Constantine moved the capital to Constantinople in 330 AD and Rome lost its status as imperial capital. Since then there were constant theological and political rifts between Roman bishops and the Byzantian (Ecumenical) patriarchs, as well as the emperors now based in the east.

This continued for centuries and finally  on 16 July 1054, legates from Rome laid on the altar of Hagia Sophia, (which had become the main church for the Eastern Empire) a bull of excommunication of Cerularius (the Ecumenical Patriarch) and his supporters. At a synod held on 20 July 1054, Cerularius in turn excommunicated the legates. He could not excommunicate the Pope because he had died and a new one had not been appointed.

Tags: christianity, eastern orthodox church, religion, roman catholic church
Share This Post
Have your say!
00
Previous Article#OTD – First CrusadeNext ArticleWe have only till 2020 to keep warming below 1.5 Celsius
You May Also Like