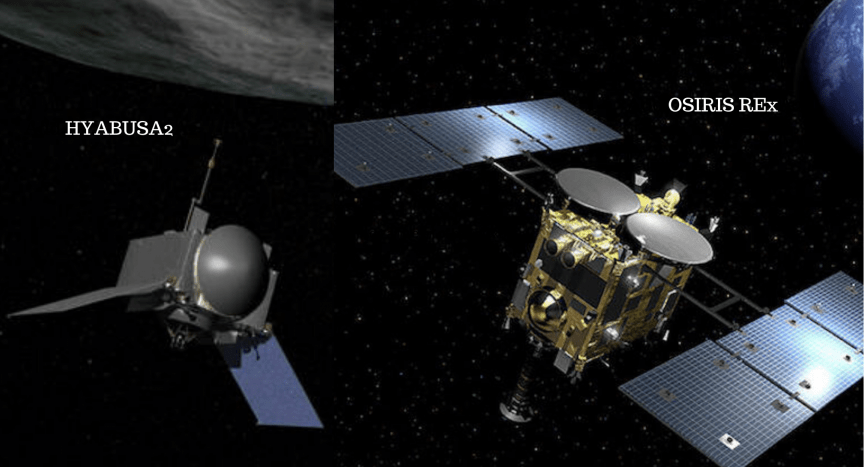 The decade to which we just said goodbye witnessed some fantastic advances in space exploration. Not only did we increase our understanding of other planets in our Solar System (like Jupiter, Saturn and dwarf planet Pluto), more and more exoplanets – those that orbit other stars – also became visible. However, we have only been able to see them from afar, through technology on board the spacecraft we have sent. One thing we have not been able to do is actually analyse the composition of Solar System bodies in our labs on Earth – yet.

This might soon be accomplished thanks to two missions, Hyabusa2 and OSIRIS-REx, both of which have the lofty goals of bringing back samples from two asteroids.

Hyabusa2 is a Japan Aerospace Exploration Agency (JAXA) mission, with the objective to rendezvous with an asteroid called Ryugu (1999 JU3), land a probe and rovers on its surface and then return to Earth with soil samples. It was launched in December 2014 and arrived at Ryugu in June 2018; two rovers (Minerva-II) and a lander (MASCOT) have been deployed on the surface of the asteroid in September and October 2018.

And then an exciting thing happened in February 2019, when it fired an impactor into Ryugu, created an artificial crater and collected soil samples that are on their way back to Earth. How cool is that?

Hyabusa2 left Ryugu in November 2019 and will be returning too Earth later in 2020. The science instruments on the orbiter and rovers investigated the surface of the asteroid, providing environmental and geological data about the samples collected, which will be analysed at JAXA’s Extraterrestrial Sample Curation Centre (which in itself is a cool name!). What will happen to Hyabusa2? It will retain 30 kg of its propellant, with the hope that this can be used to extend its mission and fly to new targets.

Our second mission is called OSIRIS-Rex (the long-winded name is Origins, Spectral Interpretation, Resource Identification, Security, Regolith Explorer). Its objective is to travel to asteroid Bennu (1999 RQ36) and bring back a 60 grams (or 2.1 ounce) sample. OSIRIS-REx was launched in September 2016 and rendezvoused with Bennu in December 2018. On board, it has telecommunication equipment but more importantly, it carries instruments to study the asteroid in many wavelengths, take images and of course retrieve the sample

Science communication fun fact: The Planetary Society organised a campaign for people to have their names or artwork saved on a microchip, which the spacecraft now carries. 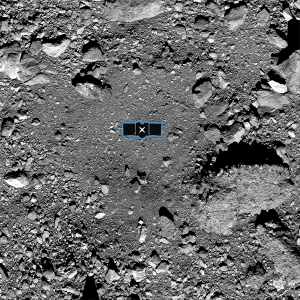 This image shows sample site Nightingale, OSIRIS-REx’s primary sample collection site on asteroid Bennu. The image is overlaid with a graphic of the OSIRIS-REx spacecraft to illustrate the scale of the site. Credit: NASA/Goddard/University of Arizona.

When OSIRIS-REx entered Bennu’s orbit in December 2018 at approximately 1.75 km (1.09 mi), it started remote sensing and mapping exercises to select the sample site. At this altitude, it takes the spacecraft 62 hours to orbit Bennu. At the end of a detailed survey, it entered a closer orbit with a radius of 1 km (0.62 mi). In December 2019, after analysing the surface of the asteroid for a target sample area, the team leading the mission selected a collection site (out of four candidates), designated Nightingale and located in a crater in the northern hemisphere.

OSIRIS REx is expected to return in September 2023, and just like Hyabusa2, a capsule will be landed under a parachute at the US Air Force’s Utah Test and Training Range. The samples will be analysed at NASA’s Astromaterials Research and Exploration Science Directorate (ARES) and at Japan’s Extraterrestrial Sample Curation Centre.

Now you might ask what the point of all this is. Well, cool science missions aside, bringing back samples from asteroids is important because they are basically remnants from the birth of our Solar System. They may have carbonaceous material and carbon is a necessary element for life. They may also have amino acids (already found in meteorites and comet samples), which are organic molecules also necessary for life. All of this will help us understand how our Solar System formed and perhaps increase our understanding of the beginnings of life on Earth. If that isn’t a cool objective, I don’t know what is.

This month, you can see Jupiter and its largest moons with just your binoculars
June 10, 2019 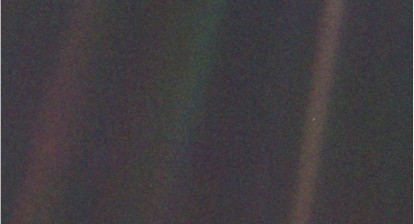 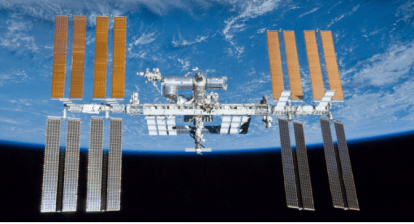 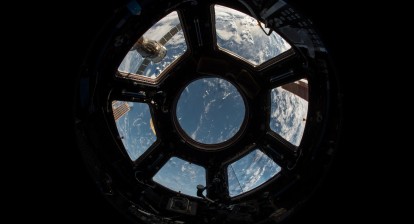 First Emirati on the ISS blasts off on Soyuz Rocket
September 25, 2019